Healeys’ cyder to be sold in Marks & Spencer 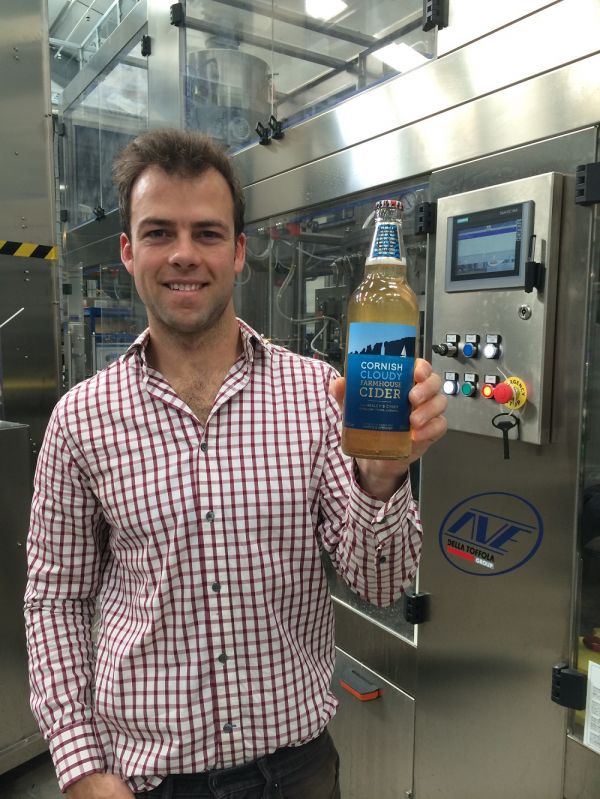 Healeys Cyder Farm has created a new brand known as Cornish Cloudy Farmhouse Cider specifically for retail giant Marks & Spencer.  The product will be stocked in 468 stores throughout the UK.

With the sort of bite that has made the company’s Rattler brand so popular, the new cider has an alcohol content of 6 per cent.  Successfully selling it to Marks & Spencer comes hot on the heels of the official opening of Healeys new £3.4m production facility which has dramatically increased output.

“We now have a fully automated line capable of running six thousand 500ml bottles an hour,” said Commercial Director Joe Healey.  “It is a major investment that not only allows us to move into much bigger markets but also to improve quality – temperature-controlled fermentation, for example, ensures the very best conditions for yeast to ferment.

“The Marks & Spencer contract is highly significant for us and we’re delighted to be working with such a prestigious retailer.”

Healeys Cyder Farm was first established on its current site by Kay and David Healey in 1986.  Since then the business has gone from strength to strength – both as a high quality drink producer and as one of Cornwall’s most successful attractions. Visitors can tour the new facility via an aerial walkway which provides an excellent view of the production process below.